After someone that is driving is pulled over because an officer thinks they have been drinking, they generally are told to do field sobriety tests. You don’t actually have to consent to these tests and it’s in your best interests to know why that’s the case. 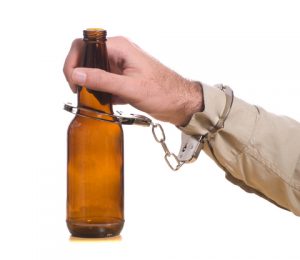 If you say no to the test, you may still be taken in but you can work with your DUI defense attorney to explain the refusal in court. The fact is, these tests can be very difficult even if you are sober. If you have balance issues and take the tests, the officer will “fail” you. That will cause you to further incriminate yourself. By refusing to take the test, even though you will likely still arrested, you won’t be assisting the State in convicting you.

Did you know that the roadside DUI tests for sobriety are made to be difficult to do in general? Just walking in a line going from heel to your toe is not as easy as it sounds. Go try walking in a straight line that way and you’ll quickly see that even when you haven’t been drinking, it is difficult to do. It takes practice to do this correctly. Not only that but there are tests like having to raise your leg off the ground and keep your balance, If you are nervous or simply not good in physical tasks, even without alcohol or drugs in your system, the officer may “fail” you.

Refusing a test with a simple no thank you is okay to do. There is no legal requirement for anyone to do the field sobriety tests. So why give the police evidence that can hurt your case. You may not be able to get away from doing other forms of testing, such as the blood, breath or urine test, if you are taken in, but at least you will be able to avoid further incrimination. Do not listen to an officer that tells you that by refusing you are automatically admitting guilt. Stay as calm as possible and always ask to speak to an attorney. A bad attitude in any situation involving the police can only aggravate the situation and hurt your case. A little respect can go a long way in tense situations like this.

Even when there is a blood, breath or urine test, a DUI can be fought. If you don’t fight the charge, you will go to jail, pay substantial fines, and you will end up losing your driver’s license. You need to find an experienced and skilled DUI attorney that can assist you in avoiding these serious consequences.

Learn more about your DUI options by visiting: