How Long Does a DUI Stay on Your Arizona Record?

Examining the Costs of a DUI

No matter where you live, being convicted for driving under the influence (DUI) is a serious matter. It can have profound and life-changing effects for everyone involved in the incident. But, for most people, a DUI is a result of an inadvertent lapse in judgment, not a long-term pattern of behavior.

For that reason, it’s not unusual for someone with a DUI conviction to wonder how long it will stay on their record. It’s one of the most common DUI questions lawyers receive and the rules surrounding this subject vary from state to state. In some states, a DUI will automatically drop off of your record after a set amount of time, provided you don’t re-offend. But here in Arizona, that’s not the case. A DUI here stays on your record for good. 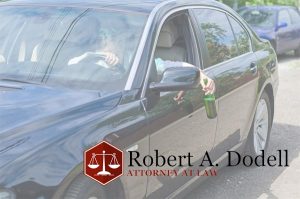 But that’s also not all there is to it. A DUI on your record in Arizona won’t have practical effects forever. And you can apply for relief to speed up the process under certain circumstances. Here’s an overview of the rules surrounding DUI convictions in Arizona.

The Effect of a First DUI Conviction in Arizona

Here in Arizona, a first-time DUI can come with some significant penalties. These include:

But even after all of that, a DUI can have longer-lasting effects. This is because the conviction won’t drop off of your record, no matter how long you wait. That means it will show up on a background check, potentially making it harder to secure employment.

There is, however, a look back period of 7 years in Arizona. This means that, if you end up with another DUI charge within seven years of the first, it will be treated as a second offense. If this happens after seven years, it would be treated as though the first conviction hadn’t happened.

But that only saves you from potential problems in the eyes of the law after sufficient time has passed. And, although there’s no way to remove a DUI from your record entirely, there is a way that you can apply for some meaningful relief.

A DUI Set Aside

Although the courts in Arizona are powerless to expunge a DUI from your record completely, they do offer the possibility of what is known as a set aside. After your DUI case closes, you may petition the court for a set aside by filing the appropriate paperwork. There’s no filing fee and no waiting period before you can do so.

After receiving your petition, the court may schedule a hearing to weigh your request. At the hearing, the court will consider:

If the court determines that you meet the conditions to receive a set aside, the request will be granted. It won’t remove the conviction from your record; it will, instead, add the fact that the court has granted you relief. This means that, for all intents and purposes, the court has agreed that you’ve paid your debt to society.

Improving Your Odds of a Set Aside

Although it is possible to navigate the process of securing a set aside on your own, it’s not advisable. Just as you needed a DUI lawyer to mount a competent legal defense at the time of your initial DUI hearing, you’ll need one to increase your chance of getting the relief you have requested.

This is because an experienced DUI attorney will be able to let you know what should be presented to the court to increase the chances of success, as well as advise you on the factors the court will consider.

If the court won’t grant your set aside, an attorney can assist by filing a motion to reconsider with the court. In the motion, they can provide additional details that the court may have overlooked when deciding on your petition the first time around.

A DUI is no small thing, and you should do everything you can to avoid one. Because, once you’ve been charged and convicted, there are few options to improve your situation. Your first step should be to contact Robert A. Dodell, Attorney at Law. As a former prosecutor, he knows exactly what it takes to mount a successful legal defense in Arizona and he’ll do everything possible to make sure a single lapse in judgment does not come to define the rest of your life.