Potential Impact for Marijuana Legalization in Arizona in Criminal Law 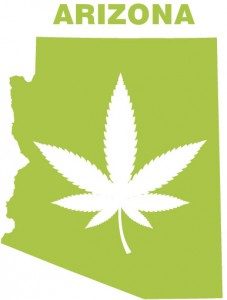 When it comes to understanding the ramifications of marijuana legalization, it pays to take a glimpse at it on a state by state basis. This is important, because in this day and age, many states are beginning to take action to legalize marijuana, either for medical use or recreation. Arizona is making headlines for this very reason, so you owe it to yourself to learn all that you can about marijuana legalization in Arizona. From here, you will be able to understand the ramifications and how things might change. With this in mind, read on.

#1: Legalized marijuana will bring in money

One of the biggest ramifications of legalized marijuana in the state of Arizona is that it will bring in more income to the state. Earmarking money brought in from legalized marijuana will benefit the state in terms of education, tourism and any other aspects of civilization that local and state level governments designate. This will allow the state to flourish and upgraded roads and other types of infrastructure as well.

#2: Legalized marijuana will free up space and costs for running jails

Another benefit of legalizing marijuana in Arizona is that jails are expensive, so a lot of space will be saved if it is decriminalized. This means that priorities will be placed with violent offenders and nonviolent offenders will be released and able to begin the rest of their lives. It will cause lawyers to re-prioritize the areas of law that they focus on in helping their clients with any sort of criminal defense. Legal authorities that specialize in drug cases will then have to switch their primary focus is to other substances, while marijuana cases would take far less precedent.

#3: Legalized marijuana will force law enforcement to pay attention to other substances

Another change that will take place if marijuana is ever legalized in Arizona is that law enforcement would change the way that they do business. Marijuana is one of the most common and criminalized substances, so if it were to be decriminalized, law enforcement would have to focus on other priorities. These law-enforcement bodies would have to focus on other substances, such as cocaine, heroin, meth and other drugs. Most likely, pills would be the most targeted, as there is very much a pill and epidemic that is sweeping the country – particularly in areas like Arizona, which receives illegal drugs imported from other countries. This re-prioritization would change drugs on both the street level and the legal level.

By understanding these points, you will have an inside glimpse into legalized marijuana and how it comes into play as an industry and from a judicial perspective. So consider these points and continue your research. If you are in need or an experienced drug crimes defense attorney, contact Robert A. Dodell, Attorney At Law for your free initial consultation.