Why Hiring an Experienced and Aggressive Attorney in Scottsdale Is Important

Tribes may waive their jurisdiction if they feel it will benefit the child’s development. ICWA also gives the Tribe’s preference over placement a higher priority than what the state may have decided. The assumption here is that Indian culture has a broader sense of a family unit and a vested interest in making sure the child retains the tribe’s cultural heritage. The tribal placement choice allows the tribe to have direct input into how the Indian child will ultimately be raised and helps to maintain cultural identity. 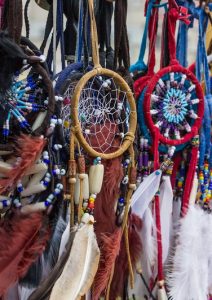 The Indian tribe’s right to intervene in the state proceedings does not get waived. Even if the tribe earlier passed jurisdiction to the state, they can later petition to have jurisdiction transferred back. ICWA gives them that option by going through the Bureau of Indian Affairs and using any agreements between the Tribe and the state. In ICWA adoption cases, the respective tribe has to be noticed of all court proceedings, including hearings, at least 10 days before the date of those proceedings. This occurs so that the tribe’s attorney can intervene on behalf of the tribe or the child. Intervention may or may not occur.

In cases involving the Department of Child Safety (DCS, formerly CPS), the judge requires proof of notice of a pending court date, through certified mail or formal serving of notice. After this occurs, most judges also require a short letter from the tribe acknowledging receipt of notice. The judge may also require the tribe, through its attorney, to include other details in the response. For instance, the court may want to know whether the tribe will waive notice of future case proceedings or if it plans to object to the severance of parental rights or adoption.

Tribal Intervention can be as little as being allowed to appear in court and listen. It can also include the right to discovery, calling witnesses, placing objections in state court, and can even include the right to veto a decision. The goal is always to make sure placement for the American Indian child, be it a relative placement or non-relative placement, is respectful of the child’s heritage and proactive in maintaining the child’s cultural identity in the Tribal community.